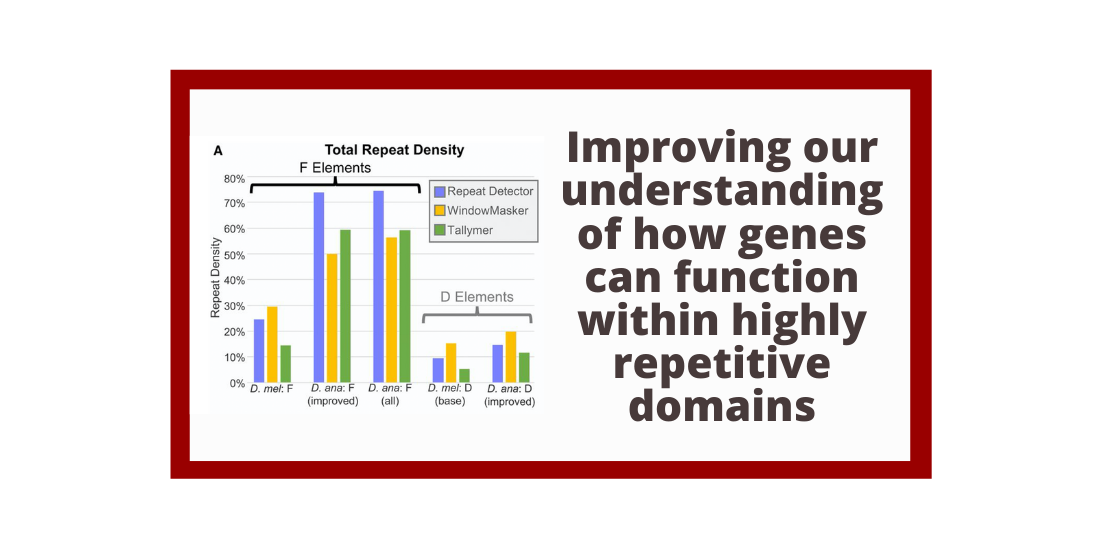 The discordance between genome size and the complexity of eukaryotes can partly be attributed to differences in repeat density. The Muller F element (∼5.2 Mb) is the smallest chromosome in Drosophila melanogaster, but it is substantially larger (>18.7 Mb) in D. ananassae. To identify the major contributors to the expansion of the F element and to assess their impact, we improved the genome sequence and annotated the genes in a 1.4-Mb region of the D. ananassae F element, and a 1.7-Mb region from the D element for comparison. We find that transposons (particularly LTR and LINE retrotransposons) are major contributors to this expansion (78.6%), while Wolbachia sequences integrated into the D. ananassae genome are minor contributors (0.02%). Both D. melanogaster and D. ananassae F-element genes exhibit distinct characteristics compared to D-element genes (e.g., larger coding spans, larger introns, more coding exons, and lower codon bias), but these differences are exaggerated in D. ananassae. Compared to D. melanogaster, the codon bias observed in D. ananassae F-element genes can primarily be attributed to mutational biases instead of selection. The 5′ ends of F-element genes in both species are enriched in dimethylation of lysine 4 on histone 3 (H3K4me2), while the coding spans are enriched in H3K9me2. Despite differences in repeat density and gene characteristics, D. ananassae F-element genes show a similar range of expression levels compared to genes in euchromatic domains. This study improves our understanding of how transposons can affect genome size and how genes can function within highly repetitive domains.