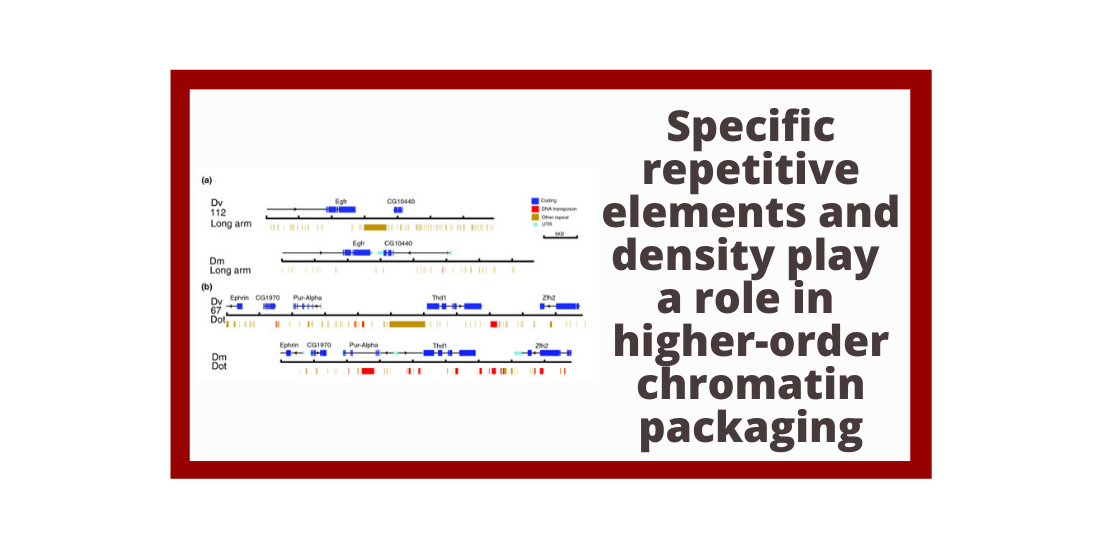 Background: Chromosome four of Drosophila melanogaster, known as the dot chromosome, is largely heterochromatic, as shown by immunofluorescent staining with antibodies to heterochromatin protein 1 (HP1) and histone H3K9me. In contrast, the absence of HP1 and H3K9me from the dot chromosome in D. virilis suggests that this region is euchromatic. D. virilis diverged from D. melanogaster 40 to 60 million years ago.

Conclusion: Combining these results with recent findings about RNAi, we suggest that specific repetitive elements, as well as density, play a role in determining higher-order chromatin packaging.