Trainees will meet for ~1.5 hours each weekday during the two-week period.


Please note that we strongly encourage trainees to complete the Understanding Eukaryotic Genes modules prior to attending the training. These modules will allow trainees to start to learn the tools GEP uses for gene annotation. An overview and timeline for implementing these modules is available on CourseSource.

If you’d like to be informed of future training opportunities, please let us know via the Contact form.

Dr. Arun Sethuraman, a professor at San Diego State University, is an evolutionary computational biologist who develops new statistical methods to study how genomes evolve in structured populations during divergence and speciation in response to natural selection and demography. Applications of his work include conservation, deciphering human evolutionary history, agriculture, and biological control. Dr. Sethuraman will be presenting a research talk to GEP Members titled “Heritability of body size, the evolution of parthenogenesis, and a new genome sequence for the parasitoid wasp Dinocampus coccinellae.” 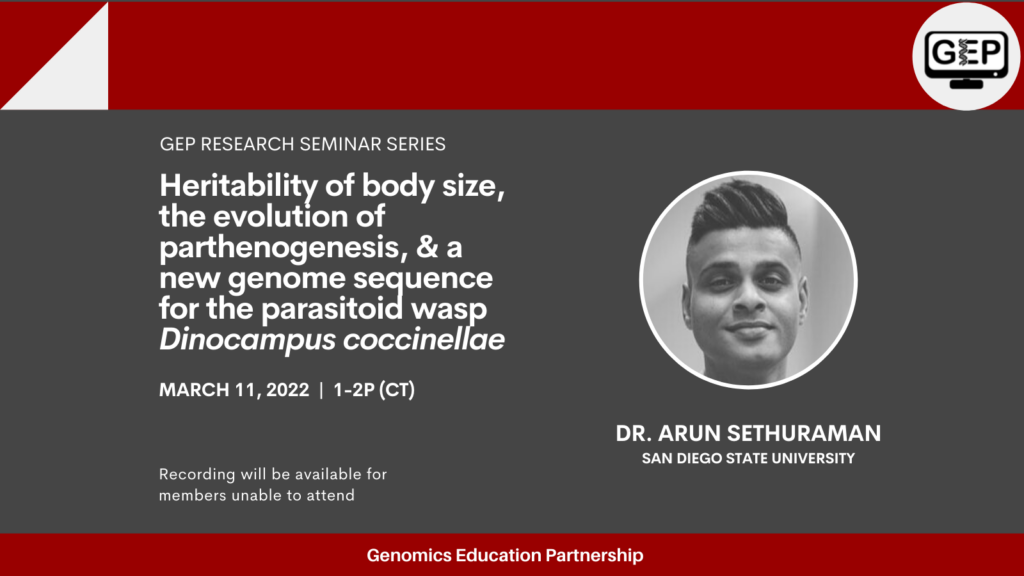